Cupping therapy is a form of alternative medicine in which cups are placed on the skin to create suction. The cups can be made of a variety of materials, including:

Supporters of cupping therapy believe the suction of the cups mobilizes blood flow to promote the healing of a broad range of medical ailments. 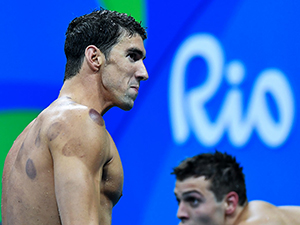 There are various types of cupping therapy, including:

During both types of cupping, a flammable substance such as alcohol, herbs, or paper is placed in a cup and set on fire. As the fire goes out, the cup is placed upside down on the patient’s skin. As the air inside the cup cools, it creates a vacuum. This causes the skin to rise and redden as blood vessels expand. The cup is generally left in place for five to 10 minutes.

A more modern version of cupping uses a rubber pump to create the vacuum inside the cup. Sometimes practitioners use medical-grade silicone cups. These are pliable enough to be moved from place to place on the skin and produce a massage-like effect. 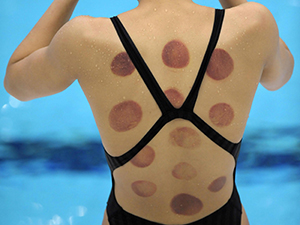 During wet cupping, a mild suction is created using a cup that is left in place for about three minutes. The practitioner then removes the cup and uses a small scalpel to make superficial skin incisions. Then he or she performs a second suction to draw out a small quantity of blood.

After the procedure, the site may be covered with an antibiotic ointment and bandage to prevent infection. The skin’s appearance generally returns to normal within 10 days.

Cupping therapy can used to treat: 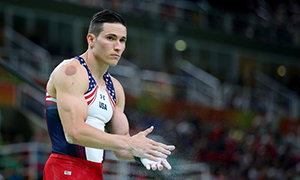 Side Effects of Cupping Therapy

Cupping is considered to be relatively safe, especially when performed by trained health professionals. Potential side effects include:

What does the evidence say?

In previous studies, cupping has been used for treating cancer pain and lower back pain. In both of the randomized clinical trials, groups that received the cupping therapy reported more favorable effects in pain relief.

But this is just two trials with small sample sizes, so the researchers wrote in 2011 that it’s hard to “draw firm conclusions” based on limited data, in a review published in Evidence-Based Complementary and Alternative Medicine.

Most published studies, however, focus on wet cupping, which is a form of medicinal bleeding. In this process, the skin is cut and the blood is pooled into the suction cup. Based on social media photos, the athletes have opted for the non-bleeding therapy, which is known as dry cupping.

So far, the repeated effect of cupping therapy over time is not known, but it’s generally believed to be safe, according to research published in 2012.