Home » In the News » When’s the Best Time to Exercise?

Whether you can’t start the day without your morning run or you prefer to squeeze in your sweat sessions at the gym after a stressful workday, it’s a given that exercising at any point in the day is always better than being a couch potato.

But does it really make a difference whether you work out in the morning or the evening?

There is some evidence that working out on a completely empty stomach — or “in a fasted state” — prompts the body to burn more fat and potentially stave off weight gain, compared to exercising at other times.

In a groundbreaking Belgium study, researchers persuaded young, healthy men to eat 30% more calories and 50% more fat than they typically eat. The men were divided into 3 groups: 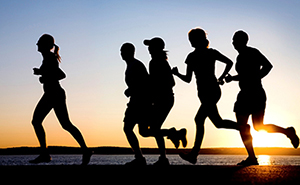 What Happened after Six Weeks…?

Men who exercised after breakfast

Men who exercised first thing in the morning

While the early-morning exercise prevented weight gain, this is not the same thing as inducing weight loss. Combining a healthy well-balanced diet along with being physically active is the best strategy to prevent weight gain. 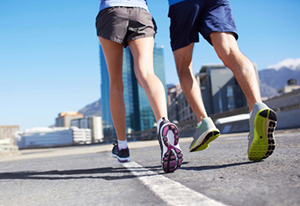 If you can’t fit in a workout before noon, don’t sweat it. The body can adapt to any workout time but consistency is key. Research suggests that sticking to a specific workout time can result in better performance, higher oxygen consumption, and lower perceived exhaustion. 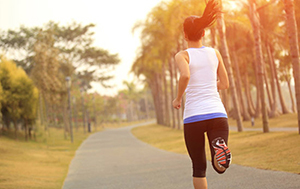 In the end, it’s most important to find a consistent workout schedule.

If working out in the morning is best for your schedule, make sure to warm up muscles that might be cold and tight from sleep.

To keep afternoon workouts consistent, treat them as unbreakable appointments…find a workout buddy (that may help).

“Exercise is beneficial regardless of the time of day you do it.”